Why Cannabis Is Illegal

Cannabis has been used since the beginning of recorded history. From it we’ve made paper, fabric, crops, building materials, proteins, rope, fuel and medicine. Not to mention, oils made from the plant are the most medicinally active substances ever found. That is exactly why it is illegal. It all came down to a vicious fight for billion-dollar markets that took place in the early 1900’s in the United States (US).

In 1892, Rudolph Diesel invented the diesel engine, which he intended to fuel “by a variety of fuels, especially vegetable and seed oils”. In 1913, Henry Ford opened his famous automobile assembly line to start producing the Model-T. In the 1920’s, the early oil barons such as Rockefeller of Standard Oil, Rothschild of Shell, etc., became paranoically aware of the possibilities of Henry Ford’s vision of cheap methanol fuel and they kept oil prices incredibly low – between $1-$4 per barrel (until 1970, almost 50 years; once they were sure of the lack of competition, the price of oil jumped to over $60 per barrel over the next 30 years). In the 1930’s, Ford opened a plant in Michigan where they successfully experimented with biomass fuel conversion, proving that hemp could be used as an alternative to fossil fuels. What this meant for Ford was that he could now not only produce his own raw materials to make cars, he could make the fuel to run them as well*. The discovery was horrible news for a man by the name of Andrew Mellon, who owned much of the Gulf Oil Corporation; a company who had just recently opened their first drive through ‘gas’ station. *Henry Ford grew hemp on his estate after 1937; he made ‘plastic’ cars with wheat straw, hemp and sisal as reported in Popular Mechanics, Dec., 1941, “Pinch Hitters for Defense”

Andrew Mellon was the US Secretary of the Treasury under President Herbert Hoover and owner of the sixth largest bank at the time. His bank was the primary financial support of a petrochemical company by the name of DuPont. DuPont was developing and patenting many different forms of synthetics from fossil fuels including the synthetic rubber, plastic, rayon and paint that General Motors (GM) used to coat their cars. However, Mellon Bank was most heavily invested in DuPont’s sulfur-based process of turning wood fiber into usable paper. In 1916, Mellon’s investment began to look like a money pit when the US Department of Agriculture chief scientists processed paper from hemp pulp and concluded that paper from hemp was “favorable in comparison with those made with wood pulp”. The paper produced by hemp fibers did not yellow over time, unlike the chemical-drenched paper produced from trees. In addition, an acre of hemp produces more paper than an acre of trees. 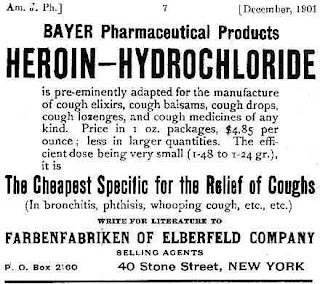 The second International Opium Convention banned morphine (other than by prescription) which led to heroin (and a number of alternative esters of morphine) to be made and sold on the ‘grey’, but effectively legal market. When heroin was declared illegal the drug trade just adapted. Meanwhile, although cannabis (Indian hemp) was not on the agenda of the 1925 Second Opium Conference, a claim by the Egyptian delegation that it was as dangerous as opium, and should therefore be subject to the same international controls, was supported by several other countries. No formal evidence was produced and conference delegates had not been briefed about cannabis. The only objections came from Britain and other colonial powers. They did not dispute the claim that cannabis was comparable to opium, but they did want to avoid a commitment to eliminating its use in their Asian and African territories.
Strangely enough, the actual production of hemp fiber in the US continued to decline until 1933 to around 500 tons per year; this is no coincidence.

In the 1930’s William Randolph Hearst invested heavily in thousands of acres of timber to make wood pulp for most of the newspaper industry. He was the owner of a large newspaper company that was read by more than 20 million US citizens in 18 key cities and arguably one of the most powerful men in American history. Since Hearst didn’t want any competition from the high-quality hemp paper, he had to do something. He soon teamed up with DuPont, who was providing Hearst with the chemicals he used to preserve his papers at the time; together they would take hemp completely off the market.
The DuPont Corporation was persistently lobbying in Washington DC, while Hearst began a racist smear campaign in his newspapers. A quote from one of Hearst’s papers, “Marihuana influences Negroes to look at white people in the eye, step on white men’s shadows, and look at a white woman twice”. Hearst’s newspapers were the fuel on the fire for the prohibition of cannabis. He painted cannabis as an extremely dangerous drug in his “Yellow Journalism“ and convinced millions of Americans (including congressmen) that the harmless plant was in fact, evil. Films like ‘Reefer Madness’ had the public blaming cannabis for everything from car accidents to death.

One thought on “WHY IS CANNABIS ILLEGAL?”