Apple is a famously secretive company, so tech reporters eager to get a scoop sometimes sift through the company’s patent applications to see what the tech giant might be cooking up. This week a search turned up something unusual: diagrams for what appear to be a new vaporizer. 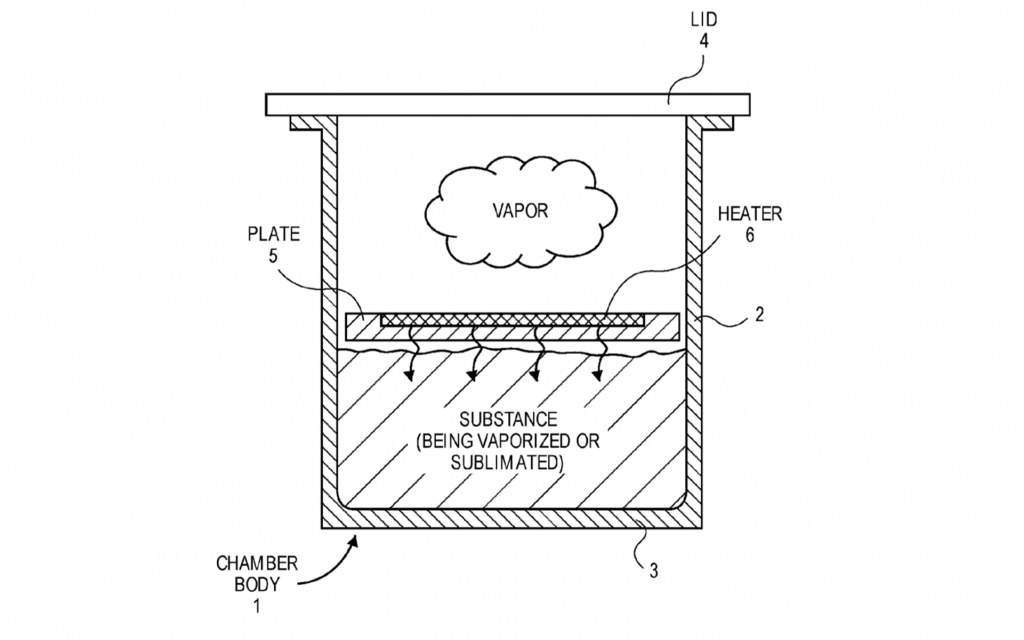 The document, filed in June 2016 and released Thursday by the US Patent and Trademark Office, appears to describe a vaporizer designed to maximize efficiency, allowing more of the substance to be vaporized and less to be lost to cooling. More importantly, it suggests the Cupertino, Calif.-based company could be considering entering the vape market. At the very least, we now know they’re paying their R&D department to come up with new designs.

Tech website Digital Trends reported the story Friday, noting that it’s not the first time Apple has been linked to vaping devices. “Before vaping became fashionable,” the report says, “Apple developer Mark Williams left his position at the high-profile company where he worked on MacOS, and joined former Juniper developer Sasha Robinson to create the Firefly, a top-of-the-line vaporizer.”

The Firefly, introduced in 2013, quickly became one of the top high-end vaporizers on the market. It’s now in its second product generation, and competes most often with the Pax line of high-quality vapes.

“It confirms our vision about innovating in the vaporization space,” he said in a statement. “However, I don’t think that this patent is intended for our segment specifically based on my reading of the application.”

Though it’s technically possible to secure a patent for a device that can potentially be used with an illegal substance, most vaporizer manufacturers base their devices on the idea that they can be used with non-cannabis-based substances. The Apple patent mentions no product specifically, referring to only “a substance that is to be vaporized.”

If our crude reading of the patent is correct, the Apple-conceived vaporizer is an attempt to up the consistency of vaporization. Applied to a cannabis-oil cartridge, for example, the technology could mean less leftover extract—and less wasted cash—when the cartridge is finished.

“In a typical sublimator or vaporizer,” the application says, “a substance (also referred to here as a chemical) is placed into a canister that is heated to a sufficiently high temperature that causes the substance to sublimate (solid to vapor) or vaporize (liquid to vapor), in the canister. While the substance is heated, the regions where the vapor is formed will cool, due to the latent heat of vaporization, yielding an inconsistent vaporization rate.”

To address that inconsistency, Apple’s design includes “a plate whose bottom face rests on the substance inside the chamber body,” according to the patent application. The plate contains a heating element “which releases heat directly above the substance that lies below.” Like a plunger in a pen’s ink reservoir, the plate “slides downward as the substance is consumed.”

There’s no iVape yet, but it’s a sign the global tech giant is interested in the booming sector. Stay tuned.